We call them breasts, hooters, knockers, tities and the ladies – all words that we use to describe the woman’s best feature for 70% of men. Today I have facts about boobs. You are welcome. 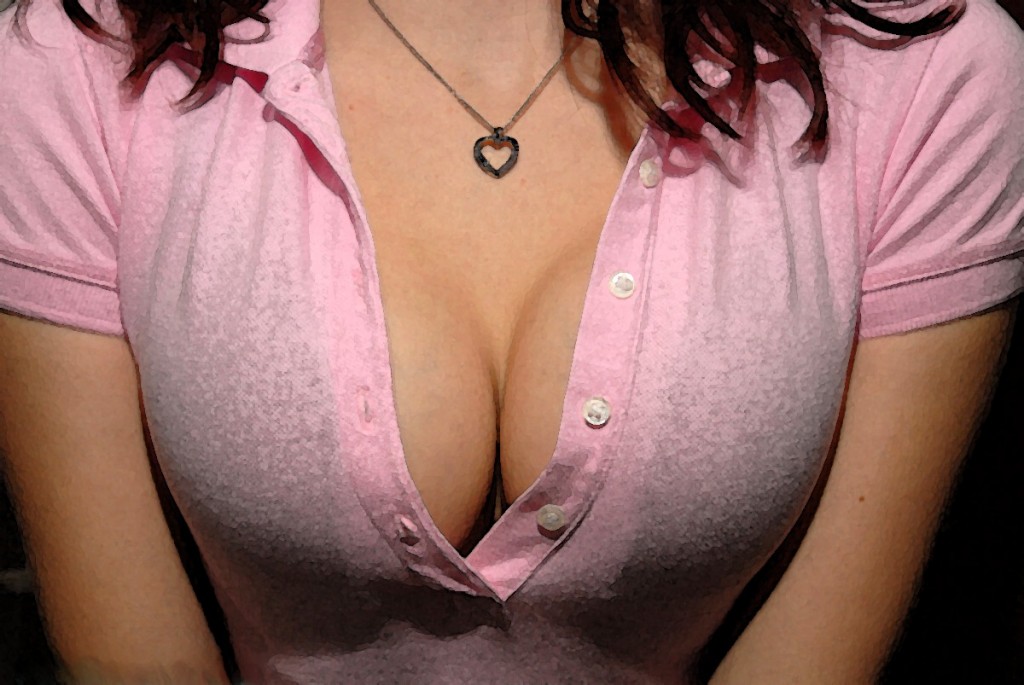 6. The average jug weighs about 0.5 kilograms. – That’s like a can of beans, a box of “Cheese it”, a football, four sticks of butter, half a bottle of milk, a small brick. That’s each singular boob. Girls have like a whole kilogram over there. Well some of them, not all are gifted, but that’s an average number. Not just the best. Doesn’t that make you want to test the next girl, you meet. Go on touch them, see what the statistics says, or literary feel it for yourself. The average size of 0.5 kilogram means that the average bra used is 34 DD. Seriously double D? Where have they made that research – in “Baywatch?” 30 years ago the average size was 34 B. But then it dramatically increased due to boob jobs, obesity and the fact that many women were buying bras that were way too small.

5. Nipples prove that everyone was once female. – Men and women both have nipples. We all know that. We’ve seen them, we’ve seen naked bodies, you have seen at least one naked body – yourself. If you haven’t seen any naked bodies, please google it! But me personally, I have always wondered why men have nipples. Like, why, why on eart??? We don’t feed our infants. Men’s nipples serve no purpose. Some would say – “Like lots of other part of the man”. But let’s not go sexists. So it turns out that we all start as a female and somewhere in the 6th week pregnancy something changes and the foetus turns in to a male or female. Let’s not go into details. But that’s basically why men are left with nipples. And the funny thing is that man can also get a breast cancer. Much lower risk than women but it is still there.

4. Your left boob is usually bigger. – There are no two boobs alike. They are always different. Most people find the beauty in symmetry and that’s why they go under the scalp but look at the bright sight. Concentrate on the right boo and you have one girlfriend, concentrate on the left – here we go, you have another girlfriend. But don’t cheat the one with the other and thread them equal, because they are jealous and one can get depressed and catch a cancer. It is normal for one boob to be up to 20% bigger than the other one. There is no clear reason for why one boob is bigger than the other, but there are a lot of theories. One theory is that because the heart is on the left side of your breasts, there is more arteries and veins and also a layer of fat to protect it.

3. Your taste in boobs might reflect your income. – A 2013 study showed that man who prefer a larger orbs are less financially secure. The theory is that a big rack equals the ability to store fat, which men subconsciously see as a resource of security. In other words – men that don’t have a lot of money (resources) are attracted to women that have their resources (big boobs). Do you know who was the most resourceful woman – German adult model Beshine – real name Mayra Hills – is the owner of the biggest boobs in the world. It takes 10 litres of saline in each breast to maintain her XXX cups. So if you like her. See her picture and video here.

2. The firs boob job was in 1895 – They used the patient own body fat to fix an asymmetrical breast due to a removal of a tumour. Nowadays they use substances like saline and silicone but for the last, but for the last hundred years they used some pretty crazy shit. They have tried it with ivory, glass balls, ground rubber, ox cartilage Terylene wool, gutta-percha, Dicora, polyethylene chips, Ivalon and other. But thanks to the modern medicine we, men can now enjoy great boobs that looks and feel like real. And they don’t harm women’s body, not that we care.

1. You might have a third nipple! Without even knowing it! It is like buy two get one free. In fact 6% of the population might have a third nipple. The third nipple is called a supernumerary nipple, but also triple nipple. A lot of people have it. And even some celebrities are proved to have it – Lily Allen, Joanna Krupa, Charles Mingus, Carrie Underwood, Harry Styles, Mark Wahlberg and Jo Whiley , who had removed one in 2005. Many other just don’t even suspect they have it. It is very often confused with a mole. According to some folklore, the Romans regarded the supernumerary nipple as a sigh of reinforced feminine, and in Salem a third nipple was thought to indicate that the woman who has it is a witch. The third nipple is there to be used to suckle the devil. So be careful with a woman if she has a third nipple.

Interesting? Whatever facts you read or hear about boobs, that won’t change the fact that we, man love boobs. Some like them big, some smaller, as you saw in fact number 3, there is a reason for that. But we all like them. Another interesting fact is that I haven’t made this research. I want to thank to Ray William Johnson and his video on you tube. Watch the whole video and share it in all your social accounts.